February 11th, International Day of Women and Girls in Science 2019 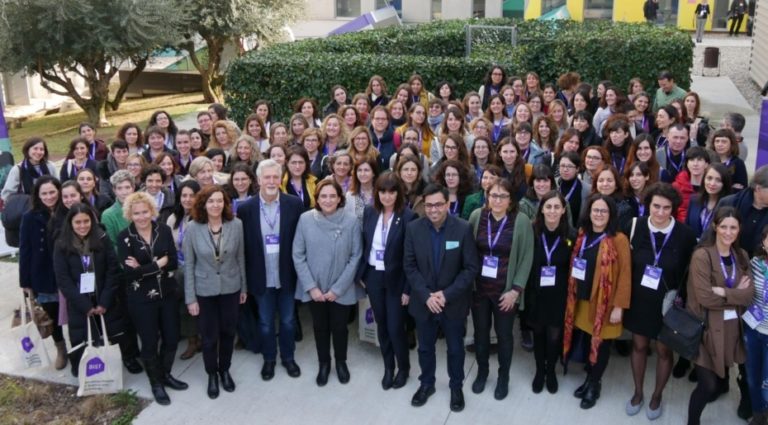 The ICN2 is involved in a series of initiatives to support this Day that is unfortunately still necessary. 100tífiques is one of the central actions involving the ICN2, the BIST centers and other Catalan research institutions to bring science and the role of women researchers closer to young students.

According to the United Nations long-standing biases and gender stereotypes are still steering girls and women away from science related fields. For this reason it is important to keep underlining the need of a shared effort among women, men, girls and boys to make a better science possible. At present, less than 30 per cent of researchers worldwide are women.

Among this year’s activities stands out an interinstitutional action named 100tífiques, which joins one hundred female researchers and women involved in the advancement of science to make their role more visible and motivate young girls to pursue their scientific dreams. The ICN2 personnel is involved in promoting this activities linked to the educational community, with researchers such as Dr. Neus Domingo, Senior Researcher at the ICN2 Oxide Nanophysics Group and Dr. Regina Galceran, Postdoctoral researcher at the ICN2 Physics and Engineering of Nanodevices Group, and Núria Benítez, from the Strategy Development Offecier at the ICN2 Strategy Development Area, leading some of the activities.

100tífiques is promoted by the Fundació Catalana per a la Recerca i la Innovació (FCRi) and the Education Department of the Generalitat de Catalunya (Catalan Government) with the Support of the Barcelona Institute for Science and Technology (BIST). This event is also part of a broader dissemination Program of the Bienal de Ciutat i Ciència promoted by the Ajuntament de Barcelona. The event was preluded by a joint session celebrated February, the 8th, introduced by the Barcelona Major, Ada Colau, followed by two masterclasses lead by Prof. Mar Carrió and the coacher Ander Minenza.